Here you will find the most popular and important entrance exam to study abroad. Excellent performance in these international competitive exams can also get students financial aid in the form of scholarships.

Test of English as a Foreign Language (TOEFL) is a standardized test to measure the English language ability of non-native speakers wishing to enroll in English-speaking universities. The test is accepted by many English-speaking academic and professional institutions as a pre-requisite for admission.

At Career Builders Direct, we help you with quality preparations and tutoring towards ensuring that you pass your TOEFL exams.

The Graduate Management Admission Test (GMAT) is a computer adaptive test (CAT) intended to assess certain analytical, writing, quantitative, verbal, and reading skills in written English for use in admission to a graduate management program, such as an MBA.

It requires knowledge of certain specific grammar and knowledge of certain specific algebra, geometry, and arithmetic. The GMAT does not measure business knowledge or skill, nor does it measure intelligence but it assesses analytical writing and problem-solving abilities, while also addressing data sufficiency, logic, and critical reasoning skills that it believes to be vital to real-world business and management success.

It can be taken up to five times a year. Each attempt must be at least 16 days apart

Test takers in Nigeria will need a valid international passport as an identifying document on the day of the exam.

The GMAT test lasts for about four(4) hours, so candidates are adviced to plan their test day properly. No other serious engagement should be fixed for that day.

Contact us today at Career Builders Direct, to help with your GMAT exam booking and preparations.

The GRE Computer Based Test (CBT) is considered a crucial prerequisite/component for admission to a graduate program. Applicants to graduate school courses are usually required to submit the GRE test results together with other undergraduate records as part of the application/admission process.

It is an exam that assesses the student’s analytical and critical reasoning skills.

The test has several sections as follows:

Average time for each section is 35minutes.

With adequate preparations, the GRE test can be passed quite easily. Talk to us today at Career Builders Direct to help with your tutoring and GRE tests.

The International English Language Testing System, which is normally referred to as IELTS, is the English language test which is most trusted by British universities, as well as being one of the most recognized exams around the world. The IELTS test comes in two versions: Academic, which is usually taken by students wishing to study abroad, and General Training, which is mostly used for immigration purposes.

Other tests: Many universities also accept alternative tests like TOEFL or Pearson tests however IELTS is generally the preferred test in the UK. If you plan to take any test other than IELTS, please contact your counselor to check it is recognized by the universities you hope to apply for.

The IELTS Academic Test is renowned for accurately assessing an individual’s English language ability. Any foreign student who wishes to apply to a British university is required to prove their English competence through a test such as IELTS.

In total, the test has four sections and takes 2 hours and 45 minutes, divided as follows:

The SAT is a standardized test widely used for college admissions in the United States.

The exam, tests your knowledge of reading, writing and mathematics and very good scores can help with scholarship opportunities abroad.

The SAT exams are as follows:

SAT II
These are an hour-long, content-based tests that allow you to showcase achievement in specific subject areas where you excel. These are the only international admission tests where you choose the tests that best showcase your achievements and interests as a prospective undergraduate.

Test takers in Nigeria will need a valid international passport as an identifying document on the day of the exam.

Contact us today at Career Builders Direct, to help with your GMAT exam booking and preparations

The UK Clinical Aptitude Test (UKCAT) is a test that is beginning to be used in the selection process by a consortium of UK University Medical and Dental Schools. It is run by the UKCAT Consortium in partnership with Pearson VUE. It was first introduced in 2006, and will remain in test mode for some years beyond this date.

The test is designed to give information on the candidates’ mental abilities, as well as attitudes and possible professional behaviour. The test is expected to start helping universities make more informed choices between medical and dental applicants in the years to come, once the test has been fully validated.

The UKCAT is designed to be a test of aptitude and attitude, not academic achievement. The latter is already demonstrated by A-Levels, Scottish Higher or undergraduate degrees. It attempts to assess a certain range of mental abilities and behavioural attributes identified as useful. These mental abilities include critical thinking as well as logical reasoning and inference.

The UKCAT also tests an additional domain:
SITUATIONAL JUDGEMENT – identified aspects of each candidate’s personality and character in order to determine their suitability for a career in medicine or dentistry. It will take 27 minutes with 13 scenarios and makes up 60 marks.
The entire test is delivered by computer. Candidates are not allowed to bring external materials in to the exam. A basic calculator used to be provided in the past years of 2011, along with a white board and a marker pen or paper with a pencil, for taking notes, however in 2012 there will only be a simple digital calculator on the screen. The equipment and conditions vary slightly between different test centers. Including warm-up time (time allocated to reading the instructions), the test lasts a maximum of two hours. Each of the UKCAT subtests is in a multiple choice format and is separately timed.

The Pearson Test of English Academic (PTE Academic) is an English Language test designed to assess the readiness of non-native English speakers to participate in a university-level English language instruct- ion program. PTE Academic is accepted by universities in USA, UK, Australia, Canada, New Zealand, amongst others.

It is a computer-based exam which focuses on real-life English used in academic surroundings. Throughout the test, students will listen to a variety of accents and academic language encountered at higher education institutions in English speaking countries.

The test is approved for use by the UK Border Agency and the Australian Department of Immigration and Citizenship for visa applications. The test is read by a computer rather than a human grader to reduce waiting times of the results for students.

It is a computer-based exam which focuses on real-life English used in academic surroundings. This is to say that integrated language is used throughout the test and students will listen to a variety of accents and academic language which they will encounter at English-speaking higher education institutions.

The exam will include an unmarked voice recording of the candidate, which is part of advanced biometric data that should assist institutions in verifying the identity of candidates and should aid them with their admission decisions. The test will be a maximum of 3 hours long and takers can expect their results to be delivered to them, online, within 5 working days.

Reading, writing, listening and speaking are tested at all levels. PTE tasks are related through a common theme which allows candidates to activate the different domains of knowledge they have acquired and thus further enhance second language acquisition. It also provides a coherent thread for candidates to guide them through the various tasks. The tasks can be interrelated through a common topic or a scenario where the different tasks “build” a story and integrate different language skills.

The Medical College Admission Test (abbreviated MCAT) is a computer-based standardized examination for prospective medical students in the United States and Canada. It is designed to assess problem solving, critical thinking, written analysis and knowledge of scientific concepts and principles. Prior to August 19, 2006, the exam was a paper-and-pencil test; since January 27, 2007, however, all administrations of the exam have been computer-based.

The exam is offered 25 or more times per year at Prometric centers. The number of administrations may vary each year. Most people who take the MCAT are undergraduates in college in their Junior or Senior year of college before they apply to medical school. Ever since the exam’s duration was shortened to 4.5–5 hours, the test may be offered either in the morning or in the afternoon. Some test dates have both morning and afternoon administrations.

The test consists of four sections, listed in the order in which they are administered on the day of the exam:

The Verbal Reasoning, Physical Sciences, and Biological Sciences sections are in multiple-choice format. The passages and questions are predetermined, and thus do not change in difficulty depending on the performance of the test taker (unlike, for example, the general Graduate Record Examination).

The Biological Sciences section most directly correlates to success on the USMLE Step 1 exam, with a correlation coefficient of .553 vs .491 for Physical Sciences and .397 for Verbal Reasoning.

The International English Language Testing System is an international standardized test of English language proficiency for non-native English language speakers. It is jointly managed by Cambridge English Language Assessment, the British Council and IDP Education Ltd, and was established in 1989. IELTS is one of the three major English-language test in the world, the others being the TOEFL and PTE.

There are two versions of the IELTS:

IELTS tests the ability to listen, read, write and speak in English. Band scores are used for each language sub-skill (Listening, Reading, Writing, and Speaking). The Band Scale ranges from 1 (“Non User”) to 9 (“Expert User”) the four Band Scores, one for each section are added together and averaged for an Overall Band Score. Each Band has a statement giving a summary of the English at that level. There are nine Band levels, from one (non-user) to nine (expert user).

All candidates must complete four Modules are Listening, Reading, Writing and speaking to obtain an IELTS Test Report Form. Total Test Time is 2 hours 45 minutes. The first three modules – Listening, Reading and Writing – must be completed in one day. The Speaking Module may be taken, at the discretion of the test centre, in the period seven days before or after the other Modules. The tests are designed to cover the full range of ability from non-user to expert user.

The module comprises four sections of increasing difficulty. It takes 40 minutes: 30 – for testing, plus 10 for transferring the answers to an answer sheet. Each section, which can be either a monologue or dialogue, begins with a short introduction telling the candidates about the situation and the speakers. Then they have some time to look through the questions. The first three sections have a break in the middle allowing candidates to look at the remaining questions. Each section is heard only once. At the end of this section students are given 10 minutes to transfer their answers to an answer sheet.

In the academic module the reading test comprises three sections, with 3 texts normally followed by 13 or 14 questions for a total of 40 questions overall. The General test also has 3 sections. However the texts are shorter, so there can be up to 5 texts to read.

The speaking test contains three sections. The first section takes the form of an interview during which candidates may be asked about their hobbies, interests, reasons for taking IELTS exam as well as other general topics such as clothing, free time, computers and the internet or family. In the second section candidates are given a topic card and then have one minute to prepare after which they must speak about the given topic. The third section involves a discussion between the examiner and the candidate, generally on questions relating to the theme which they have already spoken about in part 2. This last section is more abstract, and is usually considered the most difficult. 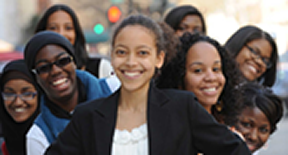